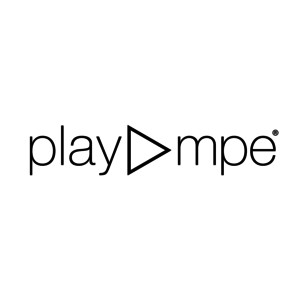 Fred Vandenberg is the Chief Executive Officer of Play MPE®. Since joining Play MPE 14 years ago, Fred has ...

been responsible for leading the company's growth by expanding Play MPE into several new countries and territories. This expansion has resulted in Play MPE becoming the most widely adopted music promotion and delivery service, now available in over 100 countries and used by music's largest record labels, including Universal Music Group, Sony Music, and Warner Music Group.

Fred's passion for the music industry continues to drive the company's vision forward - continuing to develop new technologies that will evolve how music is promoted digitally.

Fred holds a Bachelor of Commerce degree in Productions and Operations, and an MBA in finance from McMaster University and Chartered Professional Accountant designation.

Music promotion in the digital era is about reaching the right people, not scattering music into the unknown. It sounds simple, but it’s proven truly challenging. Enter Play MPE, the first digital promotional distribution platform. The Vancouver-based company saw firsthand how hard and rewarding the transition from physical to digital could be, pivoting from security features crucial to the post-Napster world, to creating a quality user experience for music’s key tastemakers.

Play MPE first broke into digital promotion thanks to its proprietary, patented digital locking technology.  Music within the Play MPE network could be locked to a particular device. Because of this security feature, Universal Music (USA) was an early adopter. (The “MPE” refers to the file extension that stands for “music protected by encryption.”).

The challenge for the industry in these early days was replacing the old way of promoting music via CDs. This transition is still underway today. “Though Play MPE provided a much more cost effective, faster and more secure way of promotional distribution, changing the way the employees at record labels promoted their music had to overcome a fear of change,” Play MPE CEO Fred Vandenberg recounts. “That fear was grounded in the perception that digital promotion would impact the likelihood of success of a promotion.”

The contact network Play MPE built around its product helped address these fears and shepherd in a new approach, one that saved money but still got music to the right ears.

As Play MPE promotion caught root, it evolved as the needs of the network evolved. Now security is handled by Play MPE’s propriety watermarking technology, which gives a unique watermark to everyone using the system. Other features were added to the system to make promotions more effective. “Global labels like Universal, Warner and Sony share information to territory labels or integrate with secure archives. Many smaller labels have challenges investing sufficient time to maintain an adequate contact network,” Vandenberg notes. “These labels take advantage of Play MPE’s network of engaged and targeted recipients.”

Play MPE has built a network of key professionals, from radio programmers to tastemakers actively reviewing new music. Knowing who to send to and ensuring they are engaged is the key to Play MPE’s success. Maintaining that network of engagement is a constant evolution of saving recipients’ time – providing easy-to-use players, multiple languages, integration with radio automation software or reporting networks, and compelling promotional content.

“We are rolling out the next version of our mobile app, a valuable feature for busy programmers needing to access Play MPE content," says Vandenberg. "These apps are designed to increase ease of use and provide for future enhancements for data reporting, interaction and feedback as the industry moves to more data driven decision making.”

The market is remarkably fragmented by format and geography, but Play MPE has first to market advantage and is making inroads into a growing number of genres and territories. Building on its robust use in formats like Country, Christian, and AAA, and in places like the US, Australia, and Scandinavia, where Play MPE dominates, the service is reaching out to professionals in Urban, Dance, R&B, Rhythmic, Jazz and Top 40, as well as to new users in other geographical markets.

“The needs of our users are many and diverse and Play MPE will continue to evolve and lead the industry in this ever-changing digital landscape,” Vandenberg says. “As we expand, we will continue to add greater efficiencies, new reporting, more data and more engagement.” But as Play MPE refines and grows, one thing will remain central: the network.